Any attack on Iran’s sanctities to draw harsh response: Commander

TEHRAN, August 25- top Iranian Army commander warned the enemies not to make the mistake of desecrating Iran’s sanctities, adding that otherwise they would receive a crushing response. 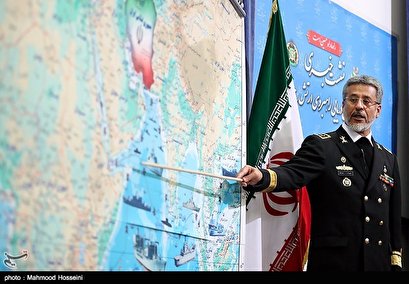 TEHRAN, Young Journalists Club(YJC) -Addressing a military gathering in Tehran on Sunday, Deputy Chief of Iran's Army for Coordination Rear Admiral Habibollah Sayyari said the Islamic Republic has achieved such high level of “deterrence power” that not a single enemy would dare desecrate its sanctities.

“All enemies must know that they will face a regrettable response if they intend to violate our sanctities,” he underlined.

Describing Iran as a “major regional and ultra-regional actor”, the admiral said the Iranian military forces are monitoring the situation and preparing various scenarios to deal with future threats.

He further voiced the Navy’s readiness to escort an Iranian oil tanker that has been recently released in Gibraltar despite a US request to continue its detention.

Sayyari said the naval forces would escort the Iranian supertanker Adrian Darya (formerly known as Grace 1) wherever necessary, at the discretion of top authorities.

Iran’s Navy has so far escorted around 6,000 vessels in the Gulf of Aden and the Red Sea and contributed to maritime security, he added.

The government of Gibraltar released Adrian Darya on August 15, defying a US request to seize the ship. On July 4, the British Royal Marines had seized the giant Iranian oil tanker in Gibraltar for trying to take oil to Syria allegedly in violation of EU sanctions.