TEHRAN, August 25- Turkish military forces have killed dozens of members of the Kurdistan Workers’ Party (PKK) militant group during a string of counter-terrorism operations in the eastern part of the country and Iraq’s northern semi-autonomous Kurdistan region. 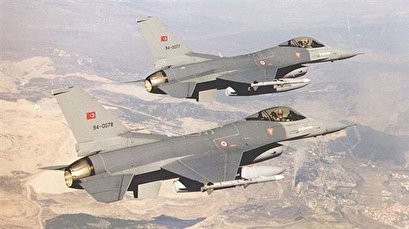 TEHRAN, Young Journalists Club(YJC) -The Turkish Defense Ministry announced in a statement published on its official Twitter page on Sunday that nine Kurdish terrorists had been “neutralized” as Turkish fighter jets struck Haftanin region in northern Iraq in coordination with the ongoing Operation Claw 3.

Turkish airstrikes had killed 24 PKK terrorists a day earlier in counter-terrorism operations at home and abroad.

According to a statement by Turkey’s Defense Ministry, a total of 11 terrorists within Turkey and 13 others beyond borders were neutralized during air operations.

Turkish security forces launched Operation Claw 3 in Sinat-Haftanin region in northern Iraq on Friday, according to a statement issued by the Turkish Defense Ministry on Saturday.