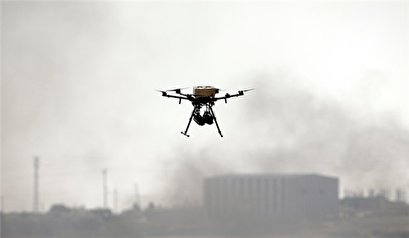 TEHRAN, Young Journalists Club(YJC) _The Lebanese Army announced on Sunday that two Israeli drones had crashed in a stronghold of the Hezbollah resistance movement in the South of the capital, Beirut.

“Two drones belonging to the Israeli enemy violated Lebanese airspace (at dawn)... over the Southern suburbs of Beirut. The first fell while the second exploded in the air causing material damage,” it said in a statement.

The army statement came hours after Lebanon’s resistance movement Hezbollah first announced in an early Sunday statement that its rockets had downed the two Israeli drones, but later revised its report saying that the second drone exploded itself.

The Lebanese Army also added that it had sealed off the area and that military police had opened an investigation into the incident.

Speaking on Sunday, Hariri stated that the incident was an open attack on Lebanon’s sovereignty and a blatant violation of United Nations Resolution 1701.

Hariri noted that he was in consultations with President Michel Aoun on what next steps would be undertaken over what he called the “new aggression”.

Aoun stated that the Israeli attack on Beirut's Southern suburbs was "a blatant aggression against the sovereignty and territorial integrity of Lebanon and a new chapter in the continued violation of Security Council Resolution 1701."

He pointed out that "Lebanon, which strongly condemns the attack, will take appropriate measures after consultation with the concerned authorities".

In a parallel development, a source at the Beirut International Airport claimed that a group of Israeli military aircraft carried out a flyover of the Lebanese capital and Southern Lebanon following the crash of alleged Israeli drones.

The incursion came just hours after the Tel Aviv regime attempted to hit targets in Damascus in neighboring Syria. The Syrian military announced the attacks were unsuccessful and its air defense systems had intercepted the Israeli missiles.