TEHRAN, August 26-Russia’ Ambassador to Iran Levan Dzhagaryan informed on Sunday that banking systems of Russia and Iran will be get connected in near future. 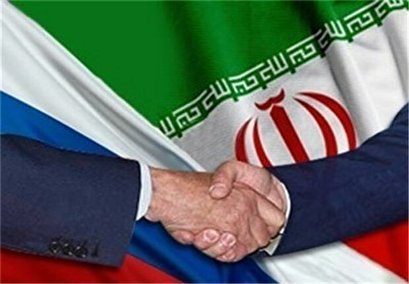 TEHRAN, Young Journalists Club(YJC) _He made the announcement in a meeting with  Managing Director of Iran International Exhibitions Company Bahman Hosseinzadeh, noting that monetary transactions will be facilitated accordingly.

Calling for expansion of economic ties between the two countries, he added that the trilateral meeting among the Iranian, Russian and Turkish presidents is to be held in near future, where the three sides will explore the development of their ties.

Late in June, Governor of the Central Bank of Iran (CBI) Abdolnasser Hemmati stressed his country's interest in expanding mutual trade cooperation with Russia and selling its oil with the help of the Northern neighbor.

"Russia, in parallel with the Europeans, has presented a proposal for trade cooperation with Iran and we are also interested in trade ties with them because Russia can supply many of our needs by purchasing oil from us," Hemmati said in an interview with the state TV on June 23.

Early in July, Russian Permanent Representative to the European Union Vladimir Chizhov stated that Moscow will ignore Washington’s sanctions against Iran and continue to trade with the Middle Eastern nation without creating any special mechanisms.

"Our colleagues here [in Brussels] sometimes ask why Russia and China do not create their own INSTEX [Instrument in Support of Trade Exchanges]. To that we answer with the question: why do we need it? We have already traded and will trade without paying any attention to US sanctions," Chizhov told Sputnik.