CDC: 92 percent of HPV-caused cancers could be prevented by vaccine

TEHRAN, August 26- Based on recent data, the agency said that increasing the vaccination rate to 80 percent could prevent nearly 35,000 cases of cancer in the United States. 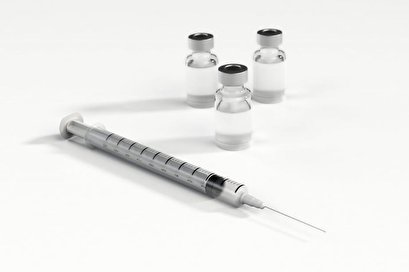 TEHRAN,Young Journalists Club(YJC) _The Centers for Disease Control and Prevention said this week that increasing the U.S. vaccination rate against the human papillomavirus to 80 percent nationwide could have a significant effect on cancer prevention.

Based on a study published Thursday, the agency says this expansion could prevent 92 percent of cancers caused by HPV, which include cancers of the anus, penis, oropharynx, cervix, vulva and vagina.

Although the CDC recommends the vaccine be giving around age 11 or 12, a little more than half of U.S. teens between age 13 and 17 received a full complement of HPV vaccination shots in 2018. That year, the HPV vaccination rate increased by 4 percent among boys but only 1 percent among girls.

The agency has recently been looking for ways to increase HPV vaccination, though 2017 and 2018 statistics suggesting that vaccination rates are stalling.

"A future without HPV cancers is within reach, but urgent action is needed to improve vaccine coverage rates," Brett P. Giroir, the assistant secretary for health at HHS, said in a news release. "Increasing HPV vaccination coverage to 80 percent has been and will continue to be a priority initiative for HHS, and we will continue to work with our governmental and private sector partners to make this a reality."

Between 2012 and 2016, an average of nearly 44,000 cases of HPV-attributable cancers was reported to the CDC each year. Of that number, roughly 34,800 would have been prevented with had more people received the HPV vaccine.

About 9,700 of those cases were cervical cancer and 12,600 were oropharyngeal cancer, the two most common HPV-attributable cancers.

Since Texas rejected an HPV vaccination mandate in 2007, cervical cancer rates have risen to higher than any other state in the country.

"Every year in the United States, HPV causes cancer in men and women, but we have the power to change this," said Lisa C. Richardson, director of CDC's Division of Cancer Prevention and Control. "Cervical cancer was once the leading cause of cancer deaths among women in the U.S. The HPV vaccine and cervical cancer screening have made it one of the most preventable cancers. HPV vaccination is cancer prevention. We can protect our loved ones with the HPV vaccine."