Iran has already told Macron missiles not up for negotiations: Informed source 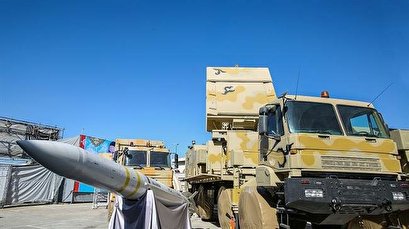 TEHRAN,Young Journalists Club(YJC)_The source, speaking on condition of anonymity on Monday, added that Iran has already responded to Macron’s proposal, stressing that the country’s missile program is not up for discussions.

According to the source, Iran has also rejected France’s proposals for talks on regional issues and Iran’s regional presence.

Reacting to the French president’s idea of establishing a $15 billion credit line for Iran in a trade mechanism to help Tehran conduct business, the source told Press TV that Iran had responded by saying that it would consider reversing its decision to scale back some of its commitments under the 2015 nuclear deal if the line is established.

Regarding an offer of talks between Iranian President Hassan Rouhani and his US counterpart Donald Trump, the source said that Iran has already announced that any negotiation with the US hinges on Washington’s return to the nuclear deal, officially known as the Joint Comprehensive Plan of Action, and lifting of sanctions against Tehran.

Iran will not take part in any negotiations as long as the sanctions are in place, as the Islamic Republic’s national interests will not be guaranteed unless the bans are removed, the source said, reaffirming President Rouhani’s earlier remarks on national interests.

Under the JCPOA, Iran undertook to put limits on its nuclear program in exchange for the removal of nuclear-related sanctions.

However, President Trump pulled his country out of the international nuclear deal in May last year and stepped up sanctions on the Islamic Republic.