TEHRAN, August 27 - The head of Iran’s Atomic Energy Organization (AEOI) visited on Tuesday the first ion-therapy hospital of Iran and the west of Asia, which is located in Alborz province. 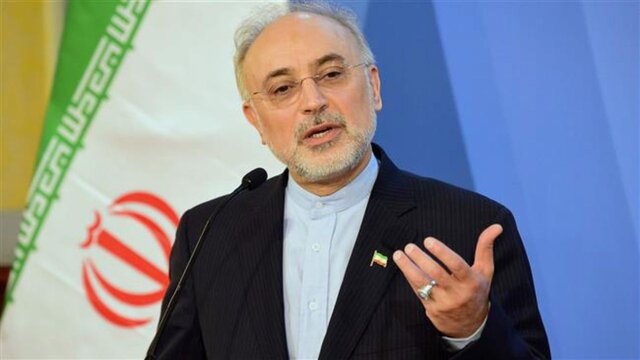 TEHRAN, Young Journalists Club (YJC) - Ali Akbar Salehi said the huge hospital of ion-therapy is under construction in Alborz province at site of 10 hectares, reporting a series of nuclear projects under development.

“Only 6 of such hospitals has been built throughout the world, and the specialized one in Iran serves to treat all types of cancers trough radiating ions of protons.” Salehi explained.

Salehi also reported another medical Tetra project under construction in Tehran at a site of 33,000 square meters with medical equipment of $60 million.

Elsewhere in his speech, the head of Iran’s Atomic Energy Organization pointed out to the development of two 1,000-megawat power plants since two years ago with a $10 billion budget, the construction of which is ending.