TEHRAN, August 28 -The Foreign Affairs Committee of the US House of Representatives has called on President Donald Trump to impose sanctions on Turkey over its purchase of Russian S-400 missile defense systems. 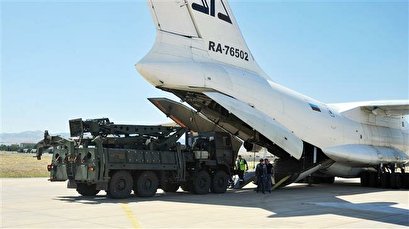 TEHRAN,Young Journalists Club (YJC) -Members of the House panel said on Tuesday that Trump is obliged to sanction Ankara over the purchase deal as mandated by US law.

“President Trump, you must sanction Turkey over its purchase of the S-400 air defense system, as required by US law,” the committee said in a tweet. “Turkey’s interests are best served by a partnership with the United States, not the Kremlin.”

Under the so-called Countering America’s Adversaries Through Sanctions Act, or CAATSA, the US is required to impose penalties on any country or individual making a significant deal with the Russian defense industry.

The US Congress passed the CAATSA against Russia in August 2017 over allegations of interfering in the 2016 US presidential election.

Last month, a bipartisan group of senators urged Trump to impose sanctions on Ankara for procuring the long-range missile system.

The Turkish defense ministry announced early on Tuesday that the second batch of deliveries of the S-400 air defense system had begun.

Ankara received the first batch of S-400 missiles in July despite strong objections from the United States, which has been pressing Turkey to scrap the deal with Russia and has threatened sanctions against Turkey.

Deliveries of the advanced system are set to continue until April 2020.

Moscow and Ankara finalized an agreement on the delivery of the S-400 in December 2017.

The medium-range and long-range S-400 Triumf surface-to-air missile system was developed as an upgraded version of the S-300 with the capability of shooting down aircraft at a distance of up to 250 km and intercepting ballistic missiles up to 60 km away.

Washington says the S-400s could compromise its Lockheed Martin F-35 stealth fighter jets, an aircraft Turkey is helping to build and planning to buy.

The US has long warned that Turkey cannot have both the S-400 and American F-35 stealth fighter jets.

The US has already halted deliveries of F-35 to Turkey and suspended the training of Turkish pilots to fly the aircraft.

Bloomberg reported last month that Trump’s team had settled on a sanctions package to punish Turkey for receiving S-400 parts and planned to announce it in the near future.

Ankara insists that acquisition of the Russian S-400 is “not a choice but a necessity” because Turkey is under “serious threat.”