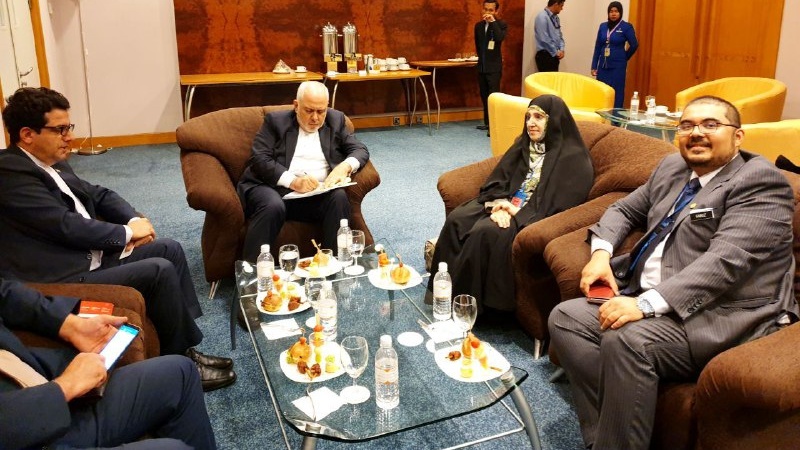 TEHRAN,Young Journalists Club (YJC) - Arrived on Wednesday in Malaysia, Mohammad Javad Zarif met his counterparte and exchanged talks on the cosolidation of bilateral ties as wel as the expansion of joint banking, economic, and scientific collaboration betweewn the two countries.

Developmnets of impimenting Iran's nuclear deal also known as Joint Comprehensive Plan of Ation (JCPOA), Islamic world's issues, as well as regional and international issues were yet issues they discussed.

Prior to the visit, Zarif also delivered a speech in Malaysia's Institute of Strategic and International Studies (ISIS), talking about the future perspective and international relations, answering Malaysian schoalrs' questions on the latest regional and internationa developments and Iran's foreign policy.

The Malaysian foreign minister Seif ul-Din Abdullah also said he woul have a visit to Iran in a near future.

Heading a diplomatic delegation, Zarif started a tour of Far Asia that took him earlier to China and Japan.