TEHRAN, August 29 -Iraq has lashed out at Bahrain for backing recent Israeli attacks on Arab countries, defending sacrifices made by a pro-government military force to counter terrorists. 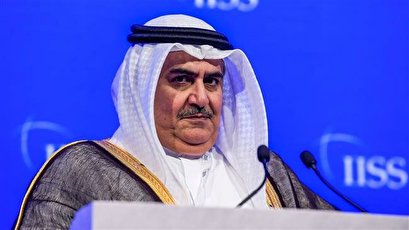 It also stressed that the PMU has stood by Iraqi armed forces “to defend our holy land and made great sacrifices to liberate the cities of Iraq, and to defeat Daesh terrorist gangs.”

The Israeli regime is widely known to be behind a wave of air raids on positions of Iraq’s Hashd al-Sha’abi in recent weeks. Reports say those air raids had the support of the Saudi regime and were launched from the areas controlled by US-backed Kurdish militants in the northern parts of neighboring Syria.

In the latest such attack on the weekend, Israeli drones struck a PMU convoy near the Iraqi town of al-Qa’im close to the Syrian border, killing a commander and severely wounding a fighter.

This came a day after Israel carried out strikes near the Syrian capital, Damascus, claiming that the air raids were “able to thwart an Iranian attempt ... to conduct an attack on Israeli targets ... using killer drones.”

Syria, however, said that its air defenses had managed to detect hostile targets approaching from the occupied Golan Heights towards Damascus and destroyed most of the Israeli rockets before they could reach their destinations.

Just hours later in early Sunday, two explosives-laden Israeli drones violated Lebanese airspace on a bombing mission and crashed in the stronghold the Hezbollah resistance movement in the south of the Lebanese capital, Beirut. One of the drones blew up near the ground, causing some damage to Hezbollah’s media office.

The top Bahraini diplomat took to Twitter on Monday to express his support for the Israeli attacks, labeling them an act of “self-defense.”

“Iran is the one who has declared a war on us, with its [Islamic] Revolution Guards Corps, its Lebanese party, its Popular Mobilization Forces in Iraq, its Houthi arm in Yemen and others,” Khalifah claimed. “So one who strikes and destroys the piles of their ammunition is not to blame. That is self-defense.”

The controversial comments were the latest public show of support for Tel Aviv from Manama, which has been trying to normalize ties with the oppressive regime, in what has been viewed by Palestine and its supporters as a betrayal of the Palestinian cause against Israel’s occupation.