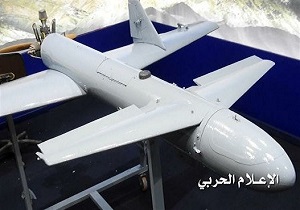 The airport of Najran, a Saudi southwestern province near the border with Yemen, has been under attacks of

Yemeni forces have also carried out similar attacks against an airport in the neighboring Abha province, bringing air traffic to a halt on multiple occasions.

The Yemeni missiles and drones have gone even deeper inside the kingdom, causing considerable damage at various Saudi oil facilities as well as the King Khalid airport in the capital Riyadh.

The Yemeni forces have been conducting regular missile and drone attacks against the Saudi regime in retaliation for a years-long deadly war by the kingdom and its allies.

The UN has called the war the worst ever man-made crisis, as it has killed 91,000 Yemenis and injured thousands more, according to the US-based Armed Conflict Location and Event Data Project (ACLED).

The conflict, coupled with an ongoing aerial and maritime blockade on Yemen, has also prevented foreign aid from entering the impoverished country, which has lost much of its critical infrastructure in targeted Saudi attacks.

Saudi Arabia has been using weapons mainly provided by American, British and French companies in defiance of international calls to end arms deals with the Riyadh regime.

Putin: Russia and US Are on Right Track Following Geneva Summit

'A Hero' by Asghar Farhadi Chosen to Send to Oscar