TEHRAN, August 31 -A US appeals court says travelers can sue the American government over abusive conduct by federal airport screeners because the agents can act like law enforcement officers, including when they conduct invasive searches. 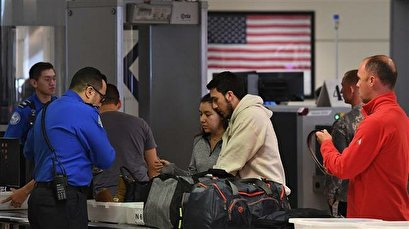 TEHRAN,Young Journalists Club(YJC) -The 9-4 decision Friday by the 3rd US Circuit Court of Appeals in Philadelphia overturned earlier rulings and is a setback for the Transportation Security Administration (TSA) and its screeners.

The US government is generally immune from lawsuits, but a federal law allows people to file lawsuits over the actions of officers who can conduct searches and arrest people.

Friday’s decision reversed a July 2018 ruling by a three-judge panel of the same appeals court, which said TSA officers are just screeners who inspect passengers and bags.

The full appeals court said, however, that screeners aren’t entitled to immunity from lawsuits because they perform searches for violations of federal law.

The court majority noted that TSA calls the screeners officers, they wear uniforms with badges including that title, and hold positions of authority.

A Florida woman, Nadine Pellegrino, sued over a search at Philadelphia International Airport in 2006, saying screeners damaged her property and falsely claimed she hit them with a bag.

Pellegrino, then 57, had objected to the invasiveness of a random screening prior to her scheduled boarding of a US Airways flight to Fort Lauderdale, Florida, and was accused of striking a TSA officer.

She was eventually jailed for about 18 hours and charged with assault. She was acquitted at a March 2008 trial.

The TSA, which was created after the September 11, 2001 terrorist attacks, is an agency of the US Department of Homeland Security that exercises authority over the security of the traveling public in the US.

The agency has been widely accused of mistreating passengers and sexually harassing them. Its employees have also been accused of numerous failures and misconduct on the job.