Iran’s Air Defense to Overpower Enemy If It Makes A Mistake: Commander 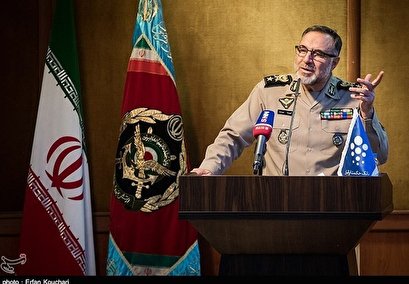 TEHRAN,Young Journalists Club(YJC) -In a speech in the northern province of Semnan on Friday night, Brigadier General Heidari pointed to a recent move by Iran to shoot down a US spy drone in southern territorial waters and said, “Today, the Islamic Republic of Iran’s airspace is the most secure in the world.”

“Whenever the enemy makes a mistake, the sharp eyes of our country’s Air Defense (Force) will not give it any opportunity (to respond) and will face down the aggressors in a fraction of (a second),” the commander added.

He further highlighted the importance of Iran’s power and called on all people of the country to preserve and protect it.

The Islamic Revolution Guards Corps (IRGC) said on June 20 that a US spy drone that violated the Iranian territorial airspace in the early hours of the day was shot down by the IRGC Aerospace Force’s air defense unit near the Kooh-e-Mobarak region in the southern province of Hormozgan.