TEHRAN, August 31 -The Islamic Republic is turning into a hub of drone technology and air defense power, commander of Air Defense Force of the Iranian Army said. 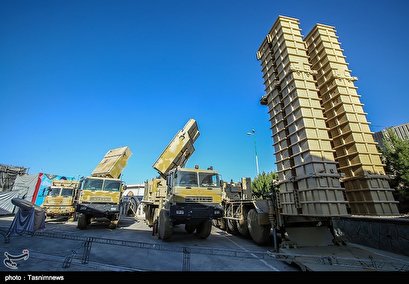 TEHRAN,Young Journalists Club(YJC) -In comments on Saturday morning, Brigadier General Alireza Sabahifard said Iran is becoming a hub of drone power and is well ahead of schedule in the air defense sector.

“We are equipped with various types of drones and quadcopters with different capabilities,” he said.

Highlighting Iran’s success in manufacturing a broad range of air defense missile systems and radars, the commander said Iranian experts have the capability to design and mass-produce command and control systems as well as various types of air and cyber defense equipment.

A distinguishing feature of Bavar-373 is its vertical launching system with square launchers, mostly used for air defense on warships.

Iranian officials have repeatedly underscored that the country will not hesitate to strengthen its military capabilities, including its missile power, which are entirely meant for defense, and that Iran’s defense capabilities will be never subject to negotiations