TEHRAN, Sept 01 - Iran’s Army Navy began a military drill titled as ‘Sustainable Security 2019’ in the Caspian Sea with a message peace and friendship. 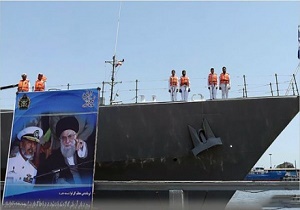 TEHRAN, Young Journalists Club (YJC) - Commanded Ya Hossein (PBUH), the naval maneuver which got started on Sunday aimed to enhance the readiness of the Navy for marine combats with the participation of combat destroyers, missile-launching frigates, warplanes, helicopters, as well as marines and rangers.

The drill is underway in the territorial waters of Iran’s Caspian Sea in an area of  2,500 square miles, and will take four days long.

During the training, offensive and defensive scenarios are practiced to safeguard Iranian territorial waters and to protect commercial shipping.

According to Rear Admiral Khanzadi, the top commander of the Navy, the training will continue for four days in the Caspian Sea and its overall aim is to achieve and maintain collective security.

Rear Admiral Khanzadi said the maneuvers are carried out independently, but Iran plans to hold a joint naval exercise in the Caspian Sea with its neighbors in the near future.