TEHRAN, Sept 04 -Iranian President Hassan Rouhani says the country and Europe are unlikely to reach an agreement on ways to save a 2015 multilateral nuclear accord, and that Tehran will go ahead with its plan to announce the third step in scaling back its commitments under the accord. 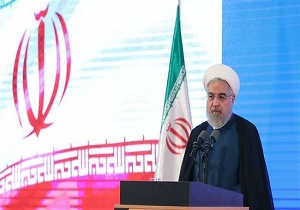 The president described the third phase of Iran’s commitment reductions as “highly important in nature,” emphasizing that this would the “most significant step that we take” and would “have extraordinary effects.”

This phase, Rouhani added, will "accelerate" the activities of the Atomic Energy Organization of Iran (AEOI).

Commenting on a European diplomatic process led by France aimed at saving the Iran deal, Rouhani said “a significant part of differences” between Tehran and Europe has been resolved, but the two sides “have yet to reach a final agreement.”

Rouhani said the European parties to the 2015 Iran deal — France, Britain and Germany — will have two more months to fulfill their contractual obligation to protect Iran against the American sanctions, which returned in place after Washington abandoned the agreement, officially named the Joint Comprehensive Plan of Action (JCPOA).

Rouhani added, “We will hold talks [with Europe] while taking this third step and if we reach a deal, there will still be a way to negotiations, logic and agreement,” the president said.

France has been making a last-ditch effort to convince the US to agree on the credit line that guarantees Iran’s oil exports. Paris has said efforts to save the Iran deal hinges on Washington issuing waivers from the sanctions it has re-imposed on Tehran after leaving the nuclear deal.

However, sources told Press TV that Tehran has "firmly" rejected an offer of a $15 billion loan by European countries aimed at protecting its economy from US sanctions, saying that the sum should be paid in return for Iran's oil sales at pre-sanctions levels. The sources added that France has so far failed to get America’s go-ahead to open the credit line for Iran.

Press TV has also learned that Iran will stop reducing its JCPOA commitments only if the country’s oil is allowed to be exported as much as before the US sanctions were imposed.

Speaking to reporters in Bangladesh earlier on Wednesday, Iranian Foreign Minister Mohammad Javad Zarif described as “regrettable” Europe’s call for the US’s approval of the European measures to save the nuclear agreement.

Iran and six world states — the US, France, Britain, Russia, China and Germany — clinched the JCPOA in 2015, under which nuclear-related sanctions against Iran were lifted in return for certain limits on the country’s nuclear activities.

The US, however, threw the survival of the landmark agreement into doubt by pulling out of it in May 2018 and re-imposing its unilateral bans on Tehran.

The remaining parties to the deal initially vowed efforts to keep it alive by protecting Iran against the American sanctions, but the European co-signatories failed to abide by their side of the agreement.

In response, Tehran began in May to reduce its commitments under the deal as a countermeasure against Washington’s exit from the deal and Europe’s failure to take action against the US.

Iran has already taken two steps in suspending its commitments with the aim of prompting Europe to stand up to Washington’s pressure and act on its contractual promises.

Elsewhere in his comments, Rouhani blamed hawks inside the US administration, Israel and certain "reactionary leaders" for sabotaging efforts to establish a "fair" relation between Iran and the US.

“Whenever we want to move forward, they disrupt [the process] at some point,” he added.

Rouhani praised Iran’s prudence and strategic patience against the US withdrawal from the nuclear deal, which he described as unreasonable.