US addiction to sanction threaten its power: Iran’s Zarif

TEHRAN, Sept 04 - The US’ extremist use of sanctions gradually threatens its own economic power, the Iranian Foreign Minister said in reaction to the US’ sanctioning of Iran’s Space Agency (ISA). 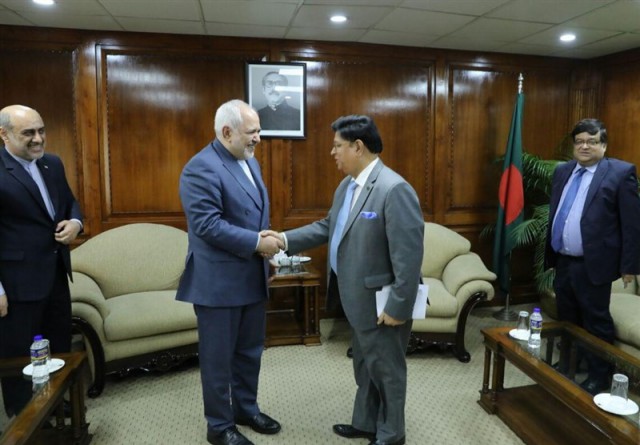 TEHRAN, Young Journalists Club (YJC) - After visiting his Bangladeshi counterpart in the country on Wednesday, Mohamad Javad Zarif said in a press conference that the US has not only sanctioned itself but also is taking action against any government every day.

In a hostile action against Tehran, the US sanctioned Iran’s Space Agecy (ISA) on Tuesday.

With regards to the Iran’s international nuclear deal known as the Joint Comprehensive Plan of Action (JCPOA), the Iranian foreign minister also said that Iran’s reduction of commitments toward the deal is a compensatory measure against the Europe’s failure in fulfilling its commitments to JCPOA.

Strengthening bilateral ties in economic, cultural, and academic areas as well as the latest changes in the region, Iranian efforts to de-escalate tension in the region, and Iran-Bangladesh cooperation in Islamic Cooperation Organization (ICO) and other international organizations were the issues discussed in the meetings.