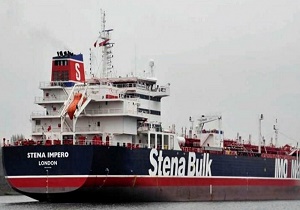 On 19 July, the Islamic Revolution Guard Corps (IRGC) announced the British oil tanker Stenaimpero has been impounded near the Strait of Hormuz, Persian Gulf.

The tanker was moving the wrong way, trying to enter the Strait of Hormuz in waters normally used by ships and tankers exiting the strait.