Iran goes ahead in space tech, despite US sanctions: ISA

TEHRAN, Sept 04 - Iran’s Space Agency (ISA) announce in a statement that the US hostile acts against the organization cannot hinder its activities. 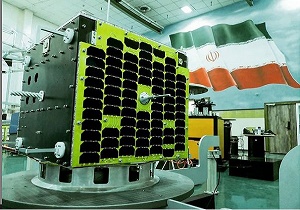 The statement added that the US sanctioning Iran’s space industry is against international law and international conventions ruling on the peaceful and indiscriminate use of countries from space.

In a hostile action against Tehran, the US Treasury Department sanctioned Iran’s Space Agecy (ISA) on Tuesday.

Iran, as one of the few countries in the region, has a long history in the field of space and has been a member of the United Nations Committee for the Peaceful Use of Space since 1958 as a pioneer country.

As a country with a long background of space technology on the region, Iran has been a leading member of UN committee for peaceful use of space since 1958.

With the victory of the Islamic Revolution, Iran, standing on its own feet and relying on domestic potential of its young scientists reached to the integrated circle of space technology despite all restrictions and sanctions.

As part of a comprehensive plan to develop its space program, Iran also successfully launched its second satellite, dubbed Rassad (Observation), into the earth’s orbit in June 2011.

Rassad’s mission was to take images of the earth and transmit them along with telemetry information to ground stations.

The country’s third domestically-built Navid-e Elm-o Sanat (Harbinger of Science and Industry) satellite was sent into orbit in February 2012.

In January 2013, Iran sent a monkey into space aboard an indigenous bio-capsule code-named Pishgam (Pioneer).