TEHRAN, Sept 04 - Iran’s President announced that the country will expand its nuclear research and development program as of September 6. 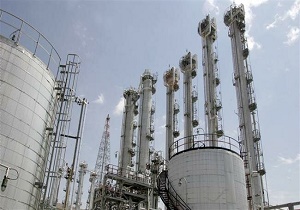 TEHRAN, Young Journalists Club (YJC) - Hassan Rouhani set aside the restrictions imposed on the country's R&D in the 2015 nuclear deal with world powers.

Since May, Iran has been suspending some of its commitments under the nuclear deal, officially known as the Joint Comprehensive Plan of Action (JCPOA), which was clinched between Tehran and world powers in 2015. The country has already rowed back on its nuclear commitments twice in compliance with articles 26 and 36 of the JCPOA.

According to Rouhani, the third step will be started on Friday, September 6, following the failure of Iran's talks with the P4+1 group of countries.

"We took the first step in reducing our commitments, and gave the P4+1 a two-month deadline.

Then we went ahead with the second phase, giving them another two-month deadline. In the four-month period, we held negotiations with the P4+1, including the European Union and the three European countries in particular," Rouhani said.

However, he added, Iran did not achieve the desired result, and will thus take the third step on Friday.