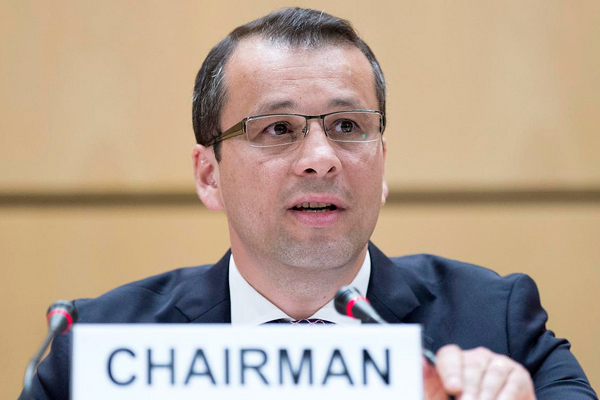 TEHRAN, Young Journalists Club (YJC) - The IAEA had earlier announced that the trip is part of the constant interactions between the agency and Iran.

The IAEA acting Director General’s trip to Iran has been coincided with Iran’s taking its third step in reducing its commitments to the 2015 international nuclear deal known as the Joint Comprehensive Plan of Action (JCPOA).

The Atomic Energy Organization of Iran (AEOI), announced on Saturday the details of Tehran's third step of the reduction of its commitments to the JCPOA.

After the US unilateral withdrawal of the international deal May 8, 2018, the E3 countries (Germany, Britain, and France) promised Iran to preserve the JCPOA deal, ensuring the financial interests of Iran.

Yet, with failure of the E3 to ensure Iran’s interests and compensate the consequences of the US withdrawal of JCPOA, Iran announced that it suspends part of its commitments to the deal under Articles 26 and 36 of JCPOA; as it increased the amount of enriched uranium and surpassing 3.67 percent level of enrichment.

Having already taken two steps in reducing its commitments to JCPOA, Iran took the third step on Friday with the country’s President Hassan Rouhani announced.

Stressing the continuation of its reductive measures to JCPOA, Iran asserted that the taken steps would be reversible if the Europeans take the necessary steps to fulfill their commitments to the internationally signed deal.

Under Articles 26 and 36 of JCPOA, Iran could stop the implementation of its commitments, if the other parties fail to fulfill their commitments.