TEHRAN, oct 1_The two main contenders in Afghanistan’s presidential election have declared victory, even as ballot counting has just begun, with final results not being expected in a month. 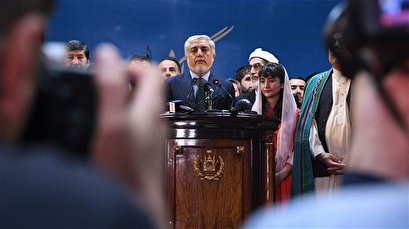 TEHRAN, Young Journalists Club(YJC)_Incumbent President Ashraf Ghani and his opponent, Chief Executive Abdullah Abdullah, both claimed a win on Monday, two days after the election was held under tight security measures across the country.

Saleh said Ghani had garnered “60 to 70 percent” of the votes, without providing any evidence.

“The figures we have is that it will be a landslide victory for us,” he added. “There will be no runoff. I have an intelligence background and I triple-check everything before discussing.”

Abdullah also said in a press conference on Monday that his “votes are the highest in the election, and the election will not go to the second round.”

The remarks were made as the country’s Independent Election Commission is still gathering ballot boxes from the Saturday election. Authorities are transferring the boxes from remote areas around the country to the capital, Kabul, for counting.

The executive of the commission, Habiburrahman Nang, said that no candidate had the right to declare himself the winner before the votes were tallied.