TEHRAN, oct 1_Over 1700 clay tablets belonging to the Achaemenid era have returned home after being held in the US for 80 years, Iran’s tourism chief said. 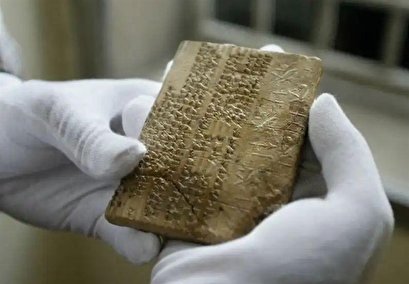 TEHRAN, Young Journalists Club(YJC)_Some 1780 ancient tablets, dating back to the Achaemenid Empire, are returning home from the Oriental Institute of the University of Chicago, Iran’s Minister of Cultural Heritage, Handicrafts and Tourism Ali Asghar Mounesan said on Monday.

Back in February and following years of ups and downs, the fate of the ancient Persian artifacts, on loan from Iran to the Oriental Institute of the University of Chicago since the 1930s, was left in the hands of a US Supreme Court, which ruled in favor of Iran.

The University of Chicago has defended Iran’s right to the artifacts, arguing that the Oriental Institute has an obligation to return them as promised.

The University of Chicago has argued that the cuneiform tablets and fragments sought by the plaintiffs –surviving administrative records of the Persian Empire from around 500 B.C.– are far too valuable as sources of study to be put up for auction, according to the NY Times.