TEHRAN, oct 1_Iran’s Judiciary spokesman said three men have received prison sentences for espionage and a fourth one has been sentenced to death after the preliminary hearing. 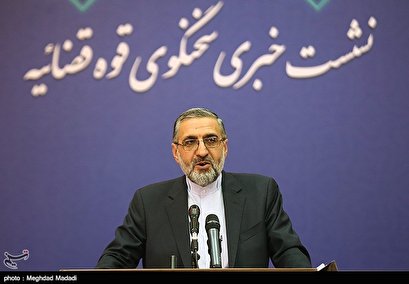 TEHRAN, Young Journalists Club(YJC)_Speaking at a press conference on Tuesday, Gholam Hossein Esmaeili said three Iranian men have been sentenced to 10 years in prison each for working for the US and British intelligence services.

He also noted that a fourth convict has been sentenced to death for wide-scale acts of espionage and cooperation with the US Central Intelligence Agency (CIA), but the case has been taken to the court of appeals.

Esmaeili said the four spies had been arrested last year.

In July, Iran’s Intelligence Ministry said it has dealt a serious blow to the US Central Intelligence Agency by capturing 17 spies working for the CIA.

The director of the Intelligence Ministry’s counterespionage department said the spies had been employed in sensitive centers or worked in private sector firms related to these centers active in the economic, nuclear, infrastructural, military and cyber areas.