Brexit to have no long-term impact on Ryanair - O'Leary

TEHRAN, oct 1_Britain’s decision to leave the European Union will have no long-term impact on Ryanair, Chief Executive Michael O’Leary said on Tuesday, adding that the UK would need an EU trade deal and it was unrealistic to think otherwise. 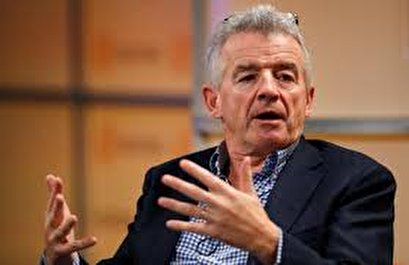 TEHRAN, Young Journalists Club(YJC)_“If you look out long enough, I don’t think Brexit has any affect on our business,” O’Leary said at a Reuters Newsmaker event in London, adding that he thought Britain and the EU would reach a trade deal and retain the Open Skies aviation agreement.

“The UK’s national interest is best served, I think, by staying in the European Union. It’s nuts to leave it, but if you are going to leave, the first thing you’ve got to do on the day after you leave is renegotiate a trade deal with the European Union.”