TEHRAN, oct 2_Commander of the Islamic Revolution Guards Corps (IRGC) Navy warned foreign forces of the terrible fate they would have to meet in case of breaching Iran’s sea borders. 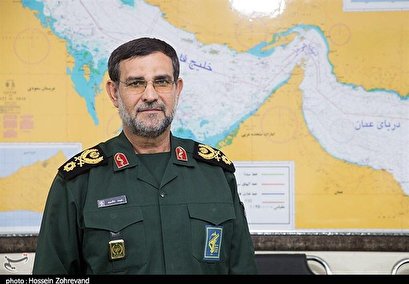 He also said that the capture of American and British forces who had entered into Iran’s territorial waters in the past were only “warnings” to the forces that may intend to breach the country’s maritime boundaries.

In comments in early July, Commander of the Khatam al-Anbia Headquarters Major General Gholam Ali Rashid warned that the Iranian Armed Forces will show a harsh response to any act of aggression against the country’s southern islands or a violation of its land, sea and air borders.

On June 20, the IRGC Aerospace Force shot down a US spy drone in Iran’s airspace.