TEHRAN, oct 2_Iranian Deputy Foreign Minister for Political Affairs Abbas Araghchi highlighted the necessity of all-out efforts to preserve the 2015 nuclear deal in the face of the US’ unilateralism. 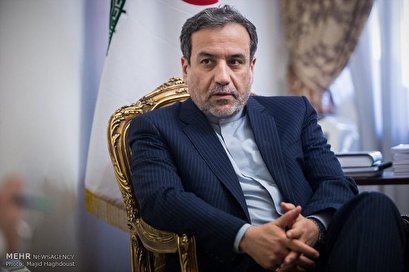 TEHRAN, Young Journalists Club(YJC)_Cooperation between Iran and Group 4+1 should lead to the collapse of the wall of sanctions and unilateralism which is used as a weapon against independent countries," Araghchi said on Tuesday, in a ceremony marking National Day of Germany in the country's embassy in Iran.

The Iranian diplomat added that while Iran and the Europeans alongside China and Russia have been trying to reach a balance in the agreement (also known as the Joint Comprehensive Plan of Action), the deal has been scrapped by the US and its hawkish unilateralism.

US President Donald Trump withdrew his country from the JCPOA, which was signed by world powers, in May 2018, and has since reinstated old sanctions and imposed new ones on Tehran in the hope of crippling its economy and forcing it into falling in line.

Since then, Europe says it has strived to preserve the deal, setting up a financial mechanism called INSTEX to help Iran circumvent US sanctions. But in reality, not much has been achieved. Trade with Iran has not surged via INSTEX, and Europe has not stood up to the US over its illegal sanctions and unceremonious withdrawal from the historic deal. And yet Iran is the signatory being asked to cooperate.

Three separate steps have been taken so far by Iran and the fourth is scheduled for November. Tehran wants the US sanctions to be lifted, but as pressure on the Iranian people increases with inflation skyrocketing and vital goods and medicines becoming increasingly scarce, the government is losing patience