TEHRAN, oct 3_A number of Saudi royal family members have expressed frustration over Crown Prince Mohammed bin Salman's ability to lead the kingdom following a devastating attack by the Yemeni army on the country's oil sites, Reuters reported on Wednesday. 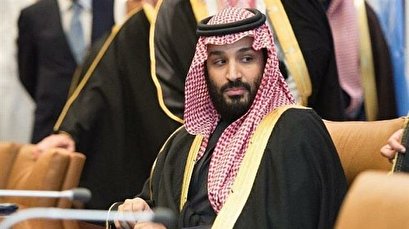 TEHRAN, Young Journalists Club(YJC)_According to a senior foreign diplomat and five sources close to the ruling family, all of whom spoke on condition of anonymity, the missile-and-drone attack by Yemen has sparked anger among several prominent members of the Al Saud family and also some in elite circles who maintain the young crown prince has adopted an exaggeratedly aggressive foreign policy towards Iran.

“There is a lot of resentment” about MbS' leadership, said one of the sources. “How were they not able to detect the attack?”

This person also added that some people in elite circles have “no confidence” in the crown prince, an assertion that was echoed by the other sources.

Yemeni army forces and allied fighters from Popular Committees deployed as many as 10 drones to bomb Abqaiq and Khurais oil facilities run by the Saudi state-owned oil company Aramco on September 14.

The unprecedented attack knocked out more than half of Saudi crude output, or five percent of global supply, prompting Saudi and US officials to claim without any evidence that it probably originated from Iraq or Iran.

According to experts, it might take months for Saudi oil production to return to normal. Earlier estimates had suggested it could take weeks.

Since coming to power, MbS has been pressuring rich families in Saudi Arabia to buy shares of Aramco in a bid to provide the money he needed for his ambitious economic plans.

However, those families have shown no real interest in the Aramco’s IPO scheme due to growing uncertainties about the future of the company.

Analysts and bankers had believed before the Yemeni attacks that Aramco’s valuation at $2 trillion was unrealistic, saying $1.5 trillion would be more achievable.

However, further devaluation caused by the attacks would mean that bin Salman and the Saudi government would earn nothing more than $10 billion in an initial floating of Aramco which would include a sell-off of one percent of the company's shares.

Saudi Arabia and a number of its regional allies launched an all-out campaign against Yemen in March 2015, with the goal of bringing the government of former president Abd Rabbuh Mansur Hadi back to power and crushing Ansarullah movement.

The US-based Armed Conflict Location and Event Data Project (ACLED), a nonprofit conflict-research organization, estimates that the war has claimed more than 91,000  lives over the past four and a half years.