Khashoggi’s colleague reveals new dimensions of press censorship in US

TEHRAN, oct 3_A senior Arab journalist has disclosed how he and his family members had been pressured and threatened over his bid to condemn the Saudi government in US media for killing his dissident colleague Jamal Khashoggi. 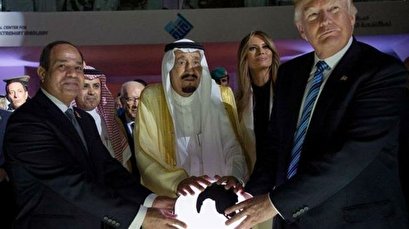 TEHRAN, Young Journalists Club(YJC)_Just one year ago on October 2, Khashoggi entered the Saudi consulate in Istanbul to obtain papers to marry his fiancée but never exited the building. Audio tapes that the Turkish government later shared with the world verified that he had been killed and then dismembered by 15 Saudi hitmen.

On the first anniversary of his death, Arab journalist Hassan Hassan – a co-author of best-selling 2015 book ‘ISIS: Inside the Army of Terror’ and a leading columnist – sent a series of tweets to disclose how Saudi operatives in the US pressure journalists to discourage them from publishing articles against Riyadh, and how such censorship has become normal in the US media.

“This is one of the last messages Jamal Khashoggi sent to me before his murder. On the anniversary of his killing, I want to reveal a couple of things related to both the conversation and his death,” Hassan said in his first tweet on Wednesday.

“This is the first time I tell my story in DC, on censorship, and also on how [Persian] Gulf operatives target and try to silence folks like me.”

“I was drafting the piece [about Saudi role in the murder] when the person who connected me to the [George Washington University] Program advised me to speak to its director Lorenzo Vidino, saying he may not be happy about it. I messaged Lorenzo about it, and he made it clear I shouldn’t write it. He was out of office, in NY at the time.”

Hassan says even his family members living in the UAE and Saudi Arabia were put at risk after he finally published his article regarding Riyadh’s role in the assassination of Khashoggi.

“Later, when Saudi Arabia confirmed the news, I went ahead and wrote a piece for The Atlantic. Pressure to scrutinize and ‘clear’ my articles intensified quickly,” he added.

The journalist says Arab operatives, including a “senior” official, even pressured his new American employer, The Atlantic, not to hire him because of his critical articles about Saudis and Emiratis.

“This time last year, I’d thought I was now free: I was working for an American academic institution & writing for an American magazine. But not so fast: Things reached their limit after I published this article about the UAE and Saudi Arabia leading an authoritarian axis in the MENA region.”

“I woke up in the morning to see an ‘URGENT’ email from the Program director to The Atlantic asking them to urgently remove the mention of the program from the ‘problematic’ article,” he writes of how his anti-Saudi article outraged the University of George Washington, which Hassan resigned from after these developments.

“It didn’t end there, [Persian] Gulf diplomats and their operatives/stooges/employees in DC started to spread rumors I was working for the Qataris, and would harass everyone I worked or wrote for. Some of those I worked for had no choice but to bow to the pressure,” he said.

Hassan then slams the activity of “well-connected operatives with extensive contacts” in Washington DC, and that “their rumors would go far and wide”.

“Those have been paying millions upon millions to nurture contacts to amplify their messages,” he said, adding that the Saudi and Emirati operatives in the US threaten and seize the opportunities of many vulnerable writers and analysts who have to bow to the pressure.

Conclusive tweets by the Arab journalist reminds the readers that all the developments unfolded in an academic environment in the United States, where officials boast of press freedom and its “First Amendment”, mocked by Hassan’s tweets.

“I was writing about human rights abuses and growing authoritarianism in the Middle East and North Africa region … under my name.”