TEHRAN, oct 3_There's good news for people with HIV who get a kidney from a donor who also has HIV: A new study reports high five-year survival rates. 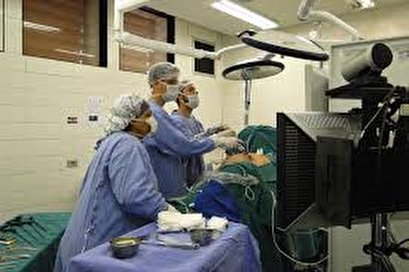 TEHRAN, Young Journalists Club(YJC)_"A growing number of people with HIV have a need for kidney transplants. Unfortunately, these gifts of life are too often in short supply," said Dr. Anthony Fauci, director of the U.S. National Institute of Allergy and Infectious Diseases.

"This observational study provides additional evidence that organs from donors with HIV could be a new donation source for people living with both HIV and end-stage renal disease," Fauci said in an agency news release.

For the study, researchers from the University of Cape Town followed 51 HIV patients who received kidney transplants from deceased donors with HIV in South Africa.

Five years after their transplant, 83 percent of patients had survived, and nearly 79 percent had a functioning kidney, the study found.

A previous U.S. study had similar findings. In that trial, 88 percent of patients survived, and almost 74 percent of the transplanted kidneys functioned after three years.

Kidney donation from one HIV patient to another was illegal in the United States until 2013, when the HIV Organ Policy Equity Act was passed. It's intended to make more organs available for people with HIV.

Two U.S. trials looking at the safety and success of liver and kidney transplants for HIV patients are currently underway.

The report was published online Oct. 2 in the New England Journal of Medicine.