Breast cancer increases while deaths from it decline

TEHRAN, oct 3_Deaths from breast cancer are still declining in the United States, even as more women are being diagnosed with the disease, a new report shows. 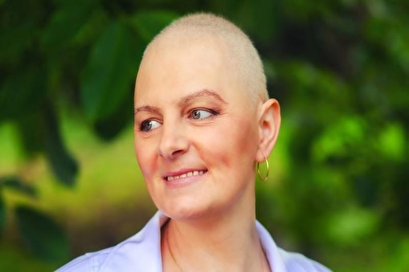 TEHRAN, Young Journalists Club(YJC)_Researchers from the American Cancer Society found that the national decline in breast cancer deaths, which began about 30 years ago, is still evident. Between 1989 and 2017, the overall death rate dropped 40 percent.

The pace of that decline, however, has slowed down in recent years.

Meanwhile, the rate of new breast cancer cases has inched up: Between 2012 and 2016, the incidence rose 0.3 percent each year.

The reasons for the findings are uncertain, said lead researcher Carol DeSantis, an epidemiologist with the cancer society.

But the slowing decline in death rates is somewhat expected, she said. Beginning in the 1990s, treatment advances -- such as the use of hormonal medications and the new, "targeted" drug herceptin -- fueled a significant reduction in breast cancer deaths.

Over time, as those treatments become more widely available and routinely used, the relative impact on death rates will lessen.

Plus, the increasing incidence of breast cancer may be cutting into the mortality decline, DeSantis said.

What's behind the rising incidence? The specific trends offer some clues, she said.

An increase was seen in breast cancers that are hormone-receptor-positive -- which means their growth is fueled by the hormones estrogen and progesterone. So it's possible that obesity is contributing, DeSantis said, since greater amounts of body fat can increase a woman's exposure to estrogen.

Another potential factor: American women are having fewer children and delaying childbirth to an older age, versus years ago. That, too, increases a woman's lifetime exposure to estrogen, DeSantis noted.

Recent years have also seen an increase in the rate of "local" cancers still confined to the breast -- which could actually be seen as a positive trend, according to DeSantis. It suggests that mammography screening is catching more cancers, at stages when they are most curable.

Dr. Nicole Williams, an oncologist not involved in the study, agreed that some of the increase in breast cancer diagnoses could be due to screening.

"It's important for women to be aware of what the risk factors for breast cancer are, and to get recommended screening mammograms," said Williams, who is with Ohio State University's James Comprehensive Cancer Center.

Different medical organizations have different guidelines on mammography screening, Williams noted. The American Cancer Society recommends that women at average risk of breast cancer start screening at age 45, and consider starting at age 40; other guidelines recommend at starting age of 50.

Women should discuss the decision with their doctor, Williams said.

The report, published Oct. 2 in CA: A Cancer Journal for Clinicians, is based on government cancer surveillance data. Between 1998 and 2011, the national death rate from breast cancer dropped by 1.9 percent each year. After that, the decline slowed to 1.3 percent per year, through 2017.

But women haven't benefitted uniformly: Black women still have a 40 percent higher death rate from breast cancer than white women do -- at roughly 28 deaths per 100,000 women, versus 20 per 100,000.

There is likely a mix of factors behind that. "Differences in access to health care definitely play a role," DeSantis said.

Williams agreed, and added that certain biological differences could be important, too: Black women, for example, are more likely than white women to develop "triple-negative" breast tumors, she noted. Those cancers are more difficult to treat because they do not respond to hormonal therapies or targeted drugs like herceptin.

For now, DeSantis said it's important for doctors to be aware of the racial disparities -- that "there are groups of women who might be left behind."

She also pointed to some ways women can help lower their risk of breast cancer: maintaining a healthy weight throughout life, getting regular exercise, and drinking alcohol only in moderation, if at all.

"The effects of exercise seem to be independent of body weight," DeSantis said. "So even if you're overweight, regular physical activity may help lower your breast cancer risk."