TEHRAN, oct 5_ Iraq's security forces have dismantled a terrorist group as it was planning to assassinate the most prominent Shia cleric Grand Ayatollah Ali al-Sistani in the wake of ongoing demonstrations against corruption, unemployment and poor public services, a report says. 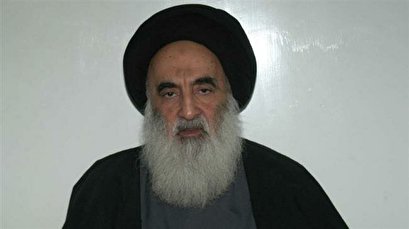 TEHRAN, Young Journalists Club(YJC)_Lebanon's Arabic-language al-Mayadeen television news network, citing Najaf Provincial Governor Luay al-Yassiry, said on Friday that members of the terror outfit actually wanted to kill the revered cleric in the holy city of Najaf, located about 160 kilometers (100 miles) south of the capital Baghdad, and had infiltrated the old part of the city for the purpose.

Earlier in the day, Grand Ayatollah Sistani urged Iraqi security forces and protesters to avoid violence, expressing sorrow over some sporadic unrest that has led to several casualties.

“It is sorrowful there have been so many deaths, casualties and destruction” from clashes between anti-government protesters and security forces in recent days, he said in a letter on Friday.

In the letter read out by his representative Ahmed al-Safi during a sermon in the holy city of Karbala, the top cleric urged all parties to avoid violence.

“Lawmakers hold the biggest responsibility for what is happening,” Ayatollah Sistani was quoted as saying.

The ongoing unrest in Iraq comes as millions of Shia Muslims are preparing for mourning rituals on Arba’een, which marks 40 days after the anniversary of Ashura, the day of the martyrdom of Imam Hussein, the grandson of Prophet Muhammad.