Yemeni deputy min. threatens to open ‘the gates of hell’ if Saudis reject offer of truce

TEHRAN, oct 5_ Yemeni minister Abdulaziz Al-Kumaim says that the ‘gates of hell’ will be opened to the Saudis if they do not accept Yemen’s offer of truce. 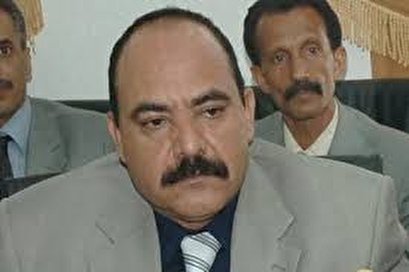 TEHRAN, Young Journalists Club(YJC)_In an interview with Mehr Abdulaziz Ahmad al-Bakir, deputy minister of the Yemeni National Salvation Government, said that the recently launched majorly successful military operation codenamed Nasr Min Allah by Yemeni forces in the south of the Kingdom of Saudi Arabia in Najran province has got everyone in the world by surprise and has changed the Saudi calculations.

He also hailed the recent drone attacks on Saudi Aramco facilities as a huge blow to Saudi aggressors conducted by the Yemenis and a result of the solidarity of the nation, the army, and its wise leadership.

He welcomed the suggestion by the president of Yemen's Supreme Political Council Al-Mashat and the Saudi crown prince’s recent remarks as promising and a brave step towards peace in Yemen in the interest of all.

Al-Bakir further rejected the claims on Iran’s help in the fight against Saudi-led aggressors, explaining that the drones and missiles used by Yemeni forces are either made inside the country or captured from the Saudi aggressors, as the video-footages on Nasr Min Allah operation revealed.

He further threatened the Saudis to open ‘the gates of hell’ if they reject the 4-clause offer of truce.