TEHRAN, oct 5_ The Governor of the Central Bank of Iran says the country’s currency has strengthened over 40 percent as US attempts to bring down Iran’s economy have failed. 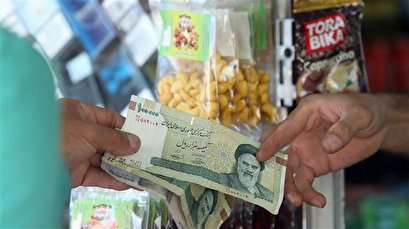 TEHRAN, Young Journalists Club(YJC)_“Inflation had stabilized as the rial recovered, while the economy had recorded growth over the last 12 months despite the impact of sanctions and the threat of war,” the Islamic Republic News Agency (IRNA) quoted Abdolnasser Hemmati as saying.

Hemmati noted that through the guidelines and support of the Leader of the Islamic Revolution and the president, the resistance of the nation as well as prudence and measures of the Central Bank, Iran managed to restore stability to the market.

The CBI governor said Iran’s currency regained its values despite the most complicated and unprecedented sanctions and monetary restrictions launched by the US and its regional allies.

“Iran’s enemies had sought a currency collapse and economic disintegration to make chaos in the country. The rial has, however, recouped, inflation has been reined in, and economic growth is looming.” Hemmati said.

US president Donald Trump withdrew his country from the 2015 nuclear deal, known as the Joint Comprehensive Plan of Action (JCPOA) in May 2018, and launched the campaign of “maximum pressure” against Tehran.

The rial plunged from highs of 50,000 against the dollar in early months of 2018 to historic lows of 190,000 in September last year, just before Trump imposed a series of new sanctions on Iran.

But last month, the rial traded at year-long highs of above 115,000 per US dollar, according to currency rate websites and reports from Tehran’s unofficial exchange market.

In August, the Bloomberg said Iran’s tightened control on currency transfers and its reform plans for various sectors of the economy had already yielded results, adding that businesses and households were adapting to the situation that followed the sanctions.

Trump had claimed in May, when he toughened bans on Iran’s sale of oil, that the country would be forced to resume talks on its nuclear program to save its economy from a freefall.

Separately, British daily the Financial Times said Iran’s stock market has notched up huge gains despite US sanctions, ranking among the world’s best performing over the past 12 months.

The FT said the fall of the rial against foreign currencies last year led pushed Iranians into stocks to protect the value of their savings.

Stocks had sold off in the final quarter of 2018 on fears of military conflict and economic stagnation. It is now up 73 per cent in local currency terms over the past 12 months, outpacing any other global equity market tracked by Bloomberg.

“Iran’s bourse showed it can hedge against foreign currency risks and is the best market to guarantee people’s money with high dividends,” said the manager of a Tehran-based asset management firm, who asked not to be named.

The Financial Times said the top 30 listed companies account for more than 60 per cent of the stock exchange’s market cap, according to local analysts — including Iran’s top exporters of petrochemicals, steel and copper. These businesses generate foreign currency income, giving them protection from domestic economic stagnation.