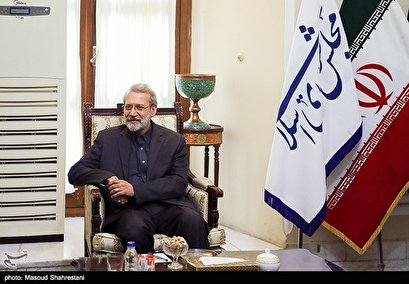 TEHRAN, Young Journalists Club(YJC)_“The IPU meeting is an opportunity to speak with the heads of parliaments (on issues) in a variety of areas, including regional and international problems and mutual economic cooperation….,” Larijani said on Sunday before leaving for Serbia to attend the 141st Assembly of Inter-Parliamentary Union.

He noted that his trip included two parts, namely attending the IPU assembly and holding talks with Serbian officials to boost parliamentary cooperation.

“It is one of the few meetings that bring together (speakers of) world parliaments and decide on important international issues,” the Iranian parliament speaker stated.

The theme of the General Debate is “Strengthening international law: Parliamentary roles and mechanisms, and the contribution of regional cooperation”.

The event is attended by parliamentary delegations from around 180 countries.