Iranian scientist imprisoned illegally in US for one year

TEHRAN, oct 13_On October 25, 2018, an airplane carrying Iranian professor Masoud Soleimani heading to the United States on a research mission touched down at a Chicago airport. One year on, the stem cell scientist remains incarcerated without a fair trial. 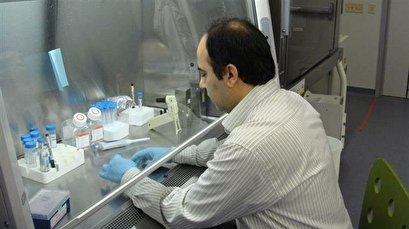 TEHRAN, Young Journalists Club(YJC)_The 49-year-old Iranian professor and biomedical researcher at Tehran's Tarbiat Modares University, who was traveling to the US with a visa issued upon an invitation by a US research center, was detained by the FBI upon arrival.

The Mayo Clinic in Minnesota had invited Soeimani to lead a research program on the treatment of stroke patients.

Prosecutors in Atlanta have accused Soleimani, who works in stem cell research, hematology and regenerative medicine, and two of his former students of conspiring and attempting to export biological materials from the US to Iran without authorization, in violation of American sanctions.

The two students were charged in a court and released after posting bail because they held US citizenship.

Federal prosecutors claim the attempted transport was illegal and secretly obtained an indictment against Soleimani in June 2018.

During his sole court appearance on May 14, 2019, Soleimani was charged with trying to transfer to Iran via his students a few vials of growth hormone -- a substance readily available on the market and not subject to sanctions.

Share to
Related News
Iranian Judiciary Chief: the only solution to end the US’ evil acts is to banish the Americans from the region
Several lives in danger as US fighter jet comes close to Iranian Plane
Tags
illegally ، scientist ، united states
Your Comment