TEHRAN, oct 14_Tel Aviv has urged Israelis to “think twice” before travelling to Russia after a Russian court sentenced a US-Israeli woman to seven and a half years in jail for drug offenses. 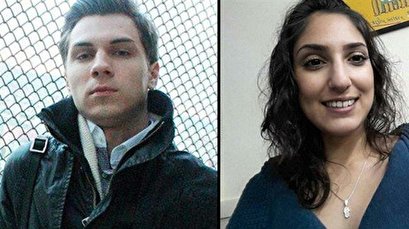 TEHRAN, Young Journalists Club(YJC)_Russian authorities arrested 26-year-old Naama Issachar in April as she transited in a Moscow airport, en route from India to Israel, after being found with 10 grams of marijuana. She was charged with drug smuggling.

The travel warning was issued amid a prevailing assessment in Israel that Issachar’s trial was politically motivated.

The Times of Israel said Issachar, who also holds the American citizenship, “appears to be a pawn in a Russian effort to compel Israel to accept an exchange deal, in which Israel would free a Russian hacker who is about to be extradited to the United States.”

“Israelis should think twice about traveling to Russia,” Hebrew media cited a senior diplomatic source as saying on Sunday.

Issachar’s family described her as "a hostage, abducted in order to bargain" for Russian national Aleksey Burkov.

Burkov, an IT specialist who was arrested in Israel in 2015, said he called on Issachar's family through a friend to appeal to Israeli officials for a prisoner exchange.

The US issued an Interpol warrant for him for his alleged involvement in cyber attacks and computer network fraud. Burkov denies the allegations, saying that he was “hijacked” and taken into custody as part of “a standard US scheme.”

“Naama made a grave mistake and has admitted her crime, but in the case of a young woman with no criminal record, the severe sentence handed down will have a deeply destructive impact on her life,” Rivlin wrote in his letter to Putin on Sunday.

Issachar’s jail sentence on Friday came despite a “personal” plea by Netanyahu to Putin for leniency.

Shortly after the ruling was issued, Netanyahu’s office condemned it as “disproportionate”. It also ruled out the possibility of preventing Burkov’s extradition to the US.

But, Israel’s justice minister Ohana said at the weekend that a final decision on Burkov’s extradition would be made “within days.”

Issachar admitted that she had 10 grams of marijuana in her bag, but has claimed she had no intention of entering Russia and therefore is not a smuggler. Russian prosecutors said her actions should be considered smuggling as her bag entered Russian airspace with the drugs inside it.

Issachar’s lawyer is expected to lodge an appeal against the jail term in the upcoming days.