TEHRAN, oct 17_Elizabeth Lynne Cheney, the Republican Conference Chairwoman of the US House of Representatives, has unveiled legislation to place sanctions on Turkey in response Ankara’s military offensive against Kurdish forces in northern Syria. 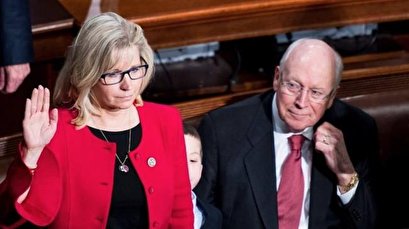 TEHRAN, Young Journalists Club(YJC)_The legislation called the Countering Turkish 5 Aggression Act of 2019 would target Turkey’s energy sector, restrict the US from selling arms to Ankara, and impose sanctions on Turkish leaders, including its president, vice president, minister of Defense and those working its defense sector.

Cheney, who is Cheney is the elder daughter of former Vice President Dick Cheney and the No. 3 Republican in the House, has slammed the Trump administration’s decision to pull US troops out of Syria and allowing Turks to enter Syria, arguing it could have negative implications for the American national security.

“We’ve been working very closely with the Senate, working very closely across the aisle as well, but it’s very important to recognize the impact, in particular, that the Turks now are in a situation where we risk the resurgence of ISIS, where the Turks have gone in and we see evidence of atrocities being committed, and where our allies, the Kurds, frankly, are facing what looks like a betrayal from the United States that could have very negative consequences and impacts for us globally,” she told reporters on Wednesday.

"That is the right thing to do, we are the only ones who can do it and if we step away from that role, if we go down the path that’s been suggested by Senator Paul and others, into isolationism then others will fill that void and we are going to face a possibility of living in a world where America’s not setting the rules, but our adversaries — the Chinese, the Russians, the Iranians — are setting the rules and that is not a world anybody wants to live in,” she claimed.

The US Department of the Treasury said that it has imposed sanctions on Turkey's Ministry of National Defense and the Ministry of Energy and Natural Resources, as well as the heads of the two ministries and the minister of the interior in response to the country’s military operations in Syria.

President Donald Trump also on Monday announced sanctions against "current and former officials of the Government of Turkey and any persons contributing to Turkey's destabilizing actions in northeast Syria."

He said he will be soon issuing an "Executive Order" which authorizes the imposition of these sanctions.

He also vowed to increase tariffs on Turkish steel by up to 50 percent, and immediately stop negotiations with respect to a $100 billion trade deal with Turkey.

Turkey last week began pounding the positions of Kurdish fighters with jets and artillery and sent in troops to purge them from the area east of Euphrates.

The offensive came three days after Trump announced he would pull US troops from the region, effectively exposing its allied Kurdish militants to their archenemy, Turkey.

Trump's move to withdraw troops from Syria was widely condemned by both Republican and Democratic Party lawmakers in Congress.