UN investigates Turkey’s alleged use of white phosphorus in Syria

TEHRAN, oct 19_UN chemical-weapons inspectors say they are investigating the possible use of white phosphorus-loaded munitions by Turkish-backed forces during their recent incursion into northeastern Syria. 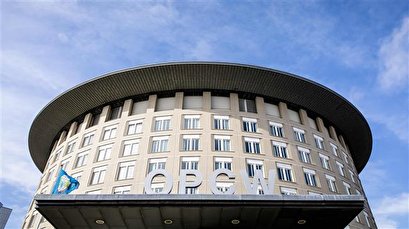 TEHRAN, Young Journalists Club(YJC)_The Organization for the Prohibition of Chemical Weapons (OPCW) said on Friday that “it was aware of the situation and is collecting information with regard to possible use of chemical weapons”.

The investigation came after the Kurds accused Turkey of using white phosphorous against civilians in Syria earlier this week. Turkey, however, has denied this.

The Kurdish Red Crescent has claimed that six patients, including civilians and military, have been hospitalized in Syria's northeastern province of Hasakah due to burns from “unknown weapons”.

The organization said it could not confirm the use of chemical weapons, adding that it was “working together with its international partners” to evaluate what has been used.

However, a British chemical-weapons expert who examined a photo of one of the victims said the burns on the victim were likely from a chemical weapon.

On Friday, Foreign Policy also reported that it has received photos from a Kurdish source which show children in the border town of Ras al-Ayn with chemical burns on their chests and faces consistent with white phosphorus.

The report said the graphic photos have been confirmed by a senior US administration official.

This confirms earlier reports by Syrian state media that said Ras al-Ayn locals have been arriving at a hospital with burns apparently from chemical agents.

Syria’s official SANA news agency cited local sources as saying that several people have arrived at the Hasaka hospital with “severe burns,” which were apparently caused by “unknown chemical substances.”

Turkish-backed forces have a history of launching chemical attacks in northern Syria.

During the foreign-sponsored conflict in Syria, militants from the Jabhat Fateh al-Sham Takfiri terrorist group, formerly known as al-Nusra Front, together with members of the so-called White Helmets civil defense group staged chemical attacks in the northwestern province of Idlib, as well as the west-central province of Hama, in a bid to implicate Syrian government forces and invent pretexts for possible acts of aggression on army troops.

Ras al-Ayn has been the scene of battles between Kurdish militants and the Turkish military. The so-called Syrian Observatory for Human Rights said Turkish forces and allied militants had “taken about half of the town” by Thursday morning.

Turkey launched its invasion of Syria on October 9 with the alleged aim of creating a "safe zone" south of its border with Syria.

Ankara says Kurdish forces operating in the area are terrorists linked to the homegrown Kurdistan Workers' Party (PKK) militant group, which has been seeking an autonomous Kurdish region in Turkey since 1984.