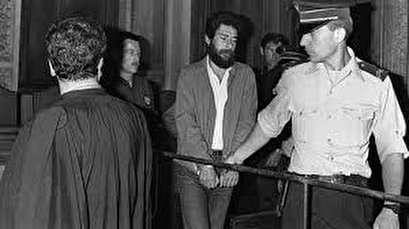 TEHRAN, Young Journalists Club(YJC)_In 1982, during Israel’s invasion of Lebanon, Abdallah headed a group which accepted responsibility for the death of Israeli and American agents in Paris. Abdallah has refused to express regret or remorse for defending his country, which was under military occupation.

Abdallah has become an immense inspiration to leftists and anti-imperialists worldwide, despite a Western media blackout on his case.

Abdallah has been eligible for release since 1999, but Washington and Tel Aviv put pressure on France to deny him parole. His own lawyer has admitted to working for French intelligence, and his trial and parole process has been marked by obvious political manipulation.

Abdallah, described as a model prisoner, reads daily in four different languages. He writes letters of support for just causes, and he remains in regular contact with the outside.

Despite his unjust incarceration Abdallah continues to fight for Palestine and against imperialism, and many activists around the world will continue to fight for his release.