TEHRAN, oct 20_Swiss voters’ concerns about climate change look set to give the environmentalist Greens strong gains in a parliamentary election on Sunday that could dilute the center-right’s grip on power. 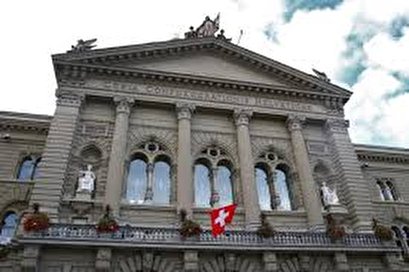 TEHRAN, Young Journalists Club(YJC)_A solid showing by the Greens could vault them and allies into the mix for a seat in the grand coalition that has governed the conservative nation for decades. Changing just one member of the seven-seat cabinet would be a political sensation.

Polls closed at midday (1000 GMT). National broadcaster SRF was set to give initial projections, including from the many postal votes, around 1400 GMT.

A Sotomo poll this month for broadcaster SRF showed the right-wing Swiss People’s Party (SVP), which won record seats in 2015 amid Europe’s refugee crisis, will dip 2.1 points to 27.3% while the Green Party’s share will rise more than 3 points to 10.7% of the vote.

The smaller, more centrist Green Liberal Party (GLP) is also expected to advance, bringing their combined strength to a theoretical 18%.

That would place them collectively third behind the SVP and the center-left Socialists (SP), ahead of the center-right Liberals (FDP), who all have two seats on the Federal Council that is Switzerland’s government.

“Climate change: I think it is pretty obvious that is the most important topic of all in our time and age. There is really not any time to lose,” said one 25-year-old psychology student from Bern who gave her name only as Anja.