TEHRAN, oct 20_Indonesian President Joko Widodo was sworn in on Sunday for a second five-year term leading the world’s third-biggest democracy, after an election dominated by economic issues but also the growing influence of conservative Islam. 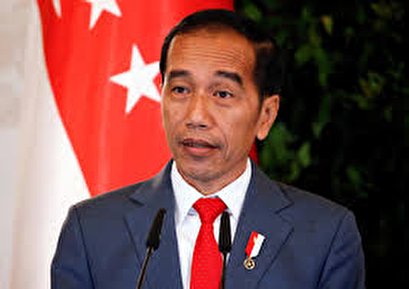 TEHRAN, Young Journalists Club(YJC)_Widodo, 58, has pledged to cut red tape and keep building infrastructure to underpin growth in southeast Asia’s largest economy, but made improving education a top priority to encourage investment and create jobs for a youthful population of 260 million people.

“This will be a big problem if we fail to create enough job opportunities,” Widodo told parliament after his inauguration, where he cited his dream of Indonesia becoming one of the world’s top five economies by 2045 with a GDP worth $7 trillion.

The president said he would push two bills to replace laws that have hampered job creation, as well as warning he could sack underperforming civil servants.

He earlier told reporters he would name his cabinet on Monday morning.

There was tight security at parliament for his swearing in alongside his vice president, Islamic cleric Ma’ruf Amin.

More than 30,000 security personnel were deployed in Jakarta following recent student demonstrations and after the country’s security minister was stabbed by a suspected Islamic militant earlier this month.