TEHRAN, oct 20_Using the European Synchrotron, a team of physicists have identified a new stable form of plutonium. The newly discovered compound exists in a solid state and features an unexpected, pentavalent oxidation state. 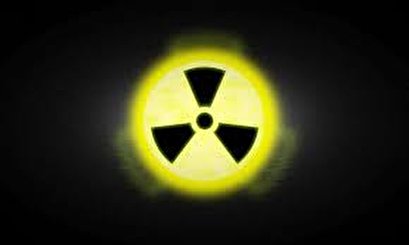 TEHRAN, Young Journalists Club(YJC)_The discovery, detailed this week in the journal Angewandte Chemie International Edition, was an accident. Researchers originally set out to develop improved methods for preventing nuclear meltdowns and accidents, as well as the scope of the ensuing fallout.

To replicate the release and spread of radioactive nuclides into and throughout the environment -- and thus, develop preventative and control strategies -- scientists at the Helmholtz Zentrum Dresden-Rossendorf synthesized and observed the behavior of actinides, a group of metallic elements that are heavy, radioactive and very unstable.

"Every time we create nanoparticles from the other precursors Pu(III), (IV) or (V) the reaction is very quick, but here we observed a weird phenomenon half way," Kristina Kvashnina, physicist from HZDR, said in a news release.

When the scientists synthesized a stable phase of Pu(V), they assumed they had made a mistake.

"Chemists were in complete disbelief, but the results were quite clear," said Kvashnina, who is currently working with the ROBL beamline at the European Synchrotron in France.

To confirm the surprise discovery, scientists use the ROBL beamline to image the edge of a plutonium isotope called Pu M4. As before, they spotted the stable plutonium form.

"Our choice of beamline was straightforward: the ESRF-ID26 beamline, as it is the best place, regarding the intensity and energy resolution, where such high-energy resolution X-ray absorption spectroscopy studies at low energies can be done," Kvashnina said. "In fact the Pu M4 edge HERFD experiment was done at ID26 for the first time. To the best of our knowledge, HERFD data at the Pu M4 edge have never been reported in the literature and never been exploited."

When scientists looked again three months later, they got the same results, confirming the stability of the new form of plutonium.

To better understand how to store nuclear waste and prevent it from escaping into the environment, scientists build models to predict the behavior of actinides like plutonium. The latest discovery will force scientists to tweak those models.

"It is a difficult task and only theoretical predictions are possible, but the existence of this new Pu(V) solid phase, which is stable, will have to be taken into account from now on," said Kvashnina. "It will change, for sure, the theoretical predictions of plutonium behavior in the environment over a period of millions of years."