TEHRAN, oct 26-The Pentagon’s military footprint in the Middle East is increasing as the US is continuing to send more troops to the region, says a political analyst. 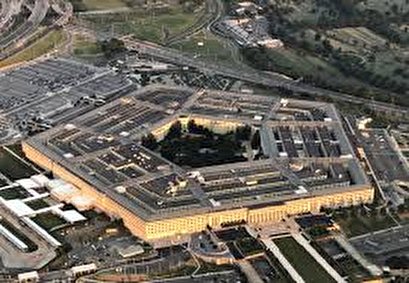 TEHRAN, Young Journalists Club(YJC)_Stephen Lendman made the remarks in an interview with Press TV on Friday when asked about the US’ plan to keep 500 troops in parts of northeastern Syria to focus on guarding oil fields there and send more battle tanks to protect them.

The Wall Street Journal reported that US military officials presented the choices to the White House on Thursday.

This comes as President Donald Trump is reportedly expected to change his plan to withdraw all American troops from Syria and approve a new plan to keep a few hundred US troops in eastern Syria in order to help his Kurdish allies retain control of oil fields.

Trump indicated on Thursday his desire to protect these oil fields.

“We will NEVER let a reconstituted ISIS (Daesh) have those fields!” he tweeted.

“As it turns out, hundreds more US troops are coming to northern Syria, the number officially reported, I saw it in the Wall Street Journal, said 500 hundred, it could be 5,000, who knows, the number’s meaningless,” Lendman said.

“There are about 3000 of them that are being deployed to Saudi Arabia so that Pentagon military footprint in the Middle East is increasing, not declining, along with no pullout from Syria, you know pulling some out, but pulling others back in again, and the US has an air base in northern Syria that it uses to bomb Syrian targets.”

“This continues, Israel has a green light to bomb Syrian targets, so the war continues, and the reason is that the US wants wars against all the sovereign independent states until they can control them, the regime change is the agenda.”

The New York Times quoted a senior Trump administration official as saying Sunday that the president is leaning towards a new Pentagon plan to keep a contingent of Special Operations forces at a few bases in eastern Syria, some near the Iraqi border.

The plan would help Kurdish militants keep control of oil fields in the east and prevent Syrian government forces from reinstating control over territories occupied by foreign troops and their proxies.

The so-called Syrian Democratic Forces, a Kurdish-led group of militias backed by the US, has switched sides to join Syrian government forces after Trump announced the American withdrawal.

The new plan appears to be an attempt by the US to keep the Kurds away from the central government in Damascus and retain control over Syria's oil fields.