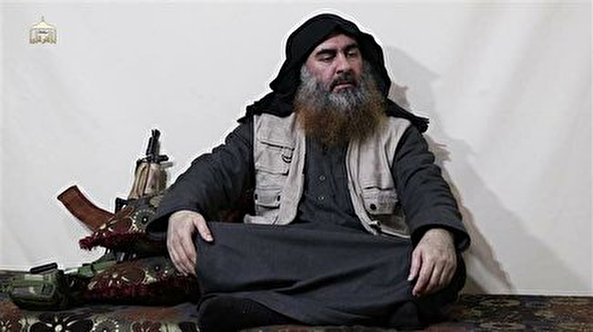 TEHRAN, Young Journalists Club(YJC)_According to a senior Pentagon official familiar with the operation and Army official briefed on the matter, a "high value ISIS (Daesh) target" - believed to be Baghdadi - was targeted during a top-secret operation in Syria's northwestern Idlib province on Saturday.

The Joint Special Operations Command carried out the raid after receiving actionable intelligence, according to sources familiar with the operation.

The senior Pentagon official told Newsweek that a brief firefight happened when US forces entered the compound, but then Baghdadi killed himself by detonating a suicide vest.

According to Pentagon sources, two Baghdadi's wives were killed in the raid, but no children were harmed.

The Defense Department told the White House they had "high confidence" that the target killed was Baghdadi, who was long thought to hiding somewhere along the Iraq-Syria border.

US President Donald Trump, who approved the mission nearly a week before it took place, posted a Twitter message hinting at "very big" news.

According to the White House, the president is expected to make a "major statement" Sunday at 9:00 a.m. local time.

The apparent attack on Baghdadi came after Trump announced on October 6 that the US would be withdrawing its forces from northeastern Syria, clearing the path for an expected Turkish incursion into the region.

Trump, later however, rowed back on the withdrawal decision, announcing that a continent of US special forces would be left in Syria to control its oil fields.

Meanwhile, the Pentagon announced Thursday that the US will deploy troops to "protect oil fields" in northeast Syria with the help of Kurdish militants.

"The US is committed to reinforcing our position, in coordination with our Syrian Democratic Forces (SDF) partners, in northeast Syria with additional military assets to prevent those oil fields from falling back into the hands of ISIS or other destabilizing actors," a defense official said in a statement.