ISIL activities will end when supports to it are halted: Vaezi 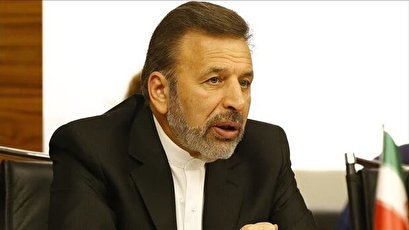 TEHRAN, Young Journalists Club(YJC)_“Combatting terrorism, no difference which country does it, is a valuable measure,” he said, “But as American officials admit, ISIL has been formed by the US itself and the terrorist group was sowing unrest in the region under the support of the US to provide Americans’ interests.”

“It is for sure that terrorism will not be uprooted until Washington and its allies stop supporting terrorist groups in the region,” he underlined.

“When the US' interests were put at risk by ISIL, Americans killed the group’s head through a complex plan but this will never uproot corruption,” he added.

“The question is why both al-Baghdadi and Bin-Laden are killed on the threshold of the US elections?” Vaezi noted, “killing them is to be used as an ace for winning the elections.”

US President Donald Trump said on Sunday that the ringleader of ISIL terrorist group Abu Bakr al-Baghdadi was killed in a US raid on his compound in Syria's northwestern Idlib province on Saturday in an operation of the US Special Forces.

The same Trump admitted several times that ISIL was a US-made product. In August 2016, Trump said Barak Obama had founded ISIL and that the terrorist group “honors” him, according to the New York Times.