TEHRAN, oct 30_Mexico’s lower house of Congress has voted to remove immunity for the president for a wide range of crimes. 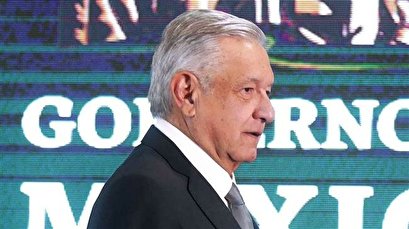 TEHRAN, Young Journalists Club(YJC)_Lawmakers in the lower house approved the proposal on Tuesday with a vote of 420 to 29, and the motion was passed on to the Senate upper house to gain further approval.

Constitutional amendments in Mexico require two-thirds approval in both chambers of Congress, as well as ratification in a majority of Mexico's state legislatures.

Under the current law, presidents have an official immunity called fuero. It prevents criminal charges from being brought against them and they can only be prosecuted for treason and “serious crimes of the common order.”

Mexico’s left-wing president, whose MORENA party and its allies control Congress, has made rooting out corruption a signature issue.

The president, who has blamed his pro-West predecessor Enrique Peña Nieto for the country’s failed policies, has promised to increase wages and allocate funding for labor reforms.

Lopez Obrador’s quick acceptance of Bolivia’s Evo Morales in the Oct. 20 presidential election put him in the same leftist group along with leaders of Argentina, Venezuela and Cuba.

The rise to power of leftist presidents in Latin America has created another political headache for the Trump administration, which had tried to forge a strong regional alliance of like-minded leaders to advance its Latin American agenda of squeezing leftist governments and stopping China’s expansion into the region.