TEHRAN, oct 31_A Riyadh-based group, including Saudi Arabia and the US, has imposed illegal sanctions on Islamic Revolution Guard Corps and Lebanon's resistance movement Hezbollah. 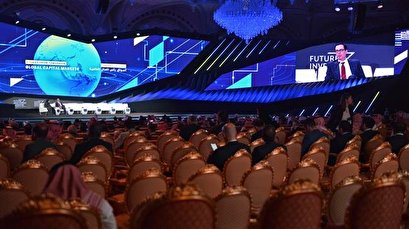 Twenty-five entities, including Iran’s Bank Mellat, have been targeted allegedly for their support for the country’s volunteer Basij forces.

"The TFTC's coordinated disruption of the financial networks used by the Iranian regime to fund terrorism is a powerful demonstration of [Persian] Gulf unity," claimed US Treasury Secretary Steven Mnuchin in a statement, while addressing a business forum in the Saudi capital. "This action demonstrates the unified position of the [Persian] Gulf nations and the United States that Iran will not be allowed to escalate its malign activity in the region."

The US Treasury claimed that the targeted Iranian and Lebanese entities "oppress domestic opposition with brutal displays of violence." This is while Saudi Arabia and some of its allies are notorious for gross human rights violations and support for terrorism.

Iran has largely managed to offset the impacts of the US brutal sanctions through a series of measures that have seen the country diversifying its economy from oil.

The sanctions are part of the Trump administration’s “maximum pressure” campaign, which kicked off alongside the US withdrawal from the internationally back Iran nuclear agreement.