TEHRAN, oct 31_The Iranian Under-23 Freestyle Wrestling Team have finished as runners-up at the World Championships in the Hungarian capital of Budapest after claiming 3 gold, 1 silver and 2 bronze medals. 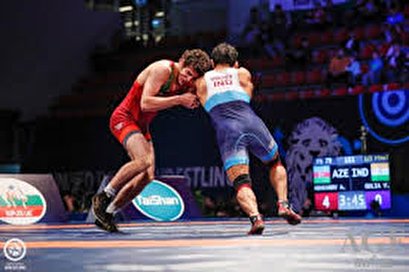 TEHRAN, Young Journalists Club(YJC)_On the 3rd and final day of the contest, Kamran Ghasempour defeated his Azerbaijani rival to pocket gold in the 86 kg category, while Amir Hossein Zaare overpowered his Russian opponent to take the top prize in the 125 kg class.

Also adding to Iran’s medal tally were Mohammad Nokhodi and Hossein Shahbazi, who took silver and bronze in the 74 and 92 kg divisions respectively.

Overall, the Iranian youths finished with more gold medals than any other team, but Russia claimed the title ahead of Iran in the points table, while Azerbaijan came 3rd.