TEHRAN, oct 31_The dollar declined against a basket of major currencies on Thursday, reversing earlier gains, after the Federal Reserve cut interest rates for the third time this year and its signal for a potential pause in the easing cycle was taken with a pinch of salt. 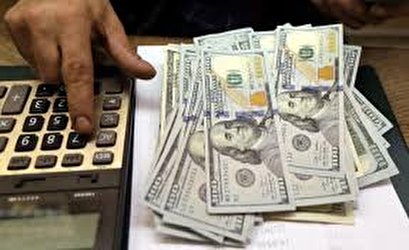 TEHRAN, Young Journalists Club(YJC)_In lowering its policy rate by 25 basis points to a target range of between 1.50% and 1.75%, the U.S. central bank dropped a previous reference in its policy statement that it “will act as appropriate” to sustain the economic expansion - language that was considered a sign for future cuts.

Still, lack of an explicit signal from the Fed that it is done with easing for now was perceived to be less hawkish than expected, helping to drive the dollar down.

“The new, slightly shorter, statement tries to keep their options open and puts them back into a data-dependent mode, but circumstances could mean that they have less optionality than they think,” said Tim Foster, portfolio manager at Fidelity International in London.

The dollar index .DXY rose to as high as 98.00 as Fed Chairman Jerome Powell spoke about its decision, the highest since Oct. 17, before slipping. The index was last down 0.4% at 97.29, its lowest level in a week.

The dollar was also pressured versus the safe-haven yen by the news that Chile has withdrawn as host of an APEC summit in November where the United States and China had been expected to take major steps toward ending a 15-month-old trade war.